Today, we visit an artist who was a successful portrait painter but is known for his early works picturing the life of the poor. #HubertvonHerkomer (1849-1914) was born into a poor family in Waal, Bavaria. His father was a very fine wood carver and his mother a music teacher. They moved to Cleveland, Ohio for a handful of years but returned to Europe to live in Southampton, England. In 1869, Herkomer began exhibiting at the Royal Academy. In the following four years, he went from selling his artworks for two guineas to selling for five hundred pounds. 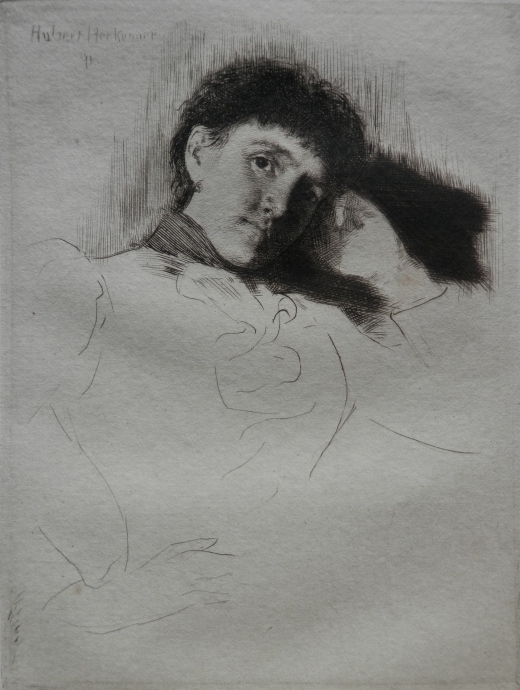 For a number of years, he was an illustrator for The Graphic a London based paper. With his success secure, Herkomer broadened his artistic fields by dabbling in other fields of interest. Proficient in oils, watercolours, etching, engraving, mezzotinting, and works in enamel he was also a film producer, a playwright and a composer of some quality.

The engraving shown here is titled ‘A Study’. It is, I believe of his third wife, Margaret. It is signed and dated (1891) in the plate. A fine work by a very fine artist.