It is associated with a refined scholarly taste. The Chinese term for ‘landscape’ is made up of two characters which translate as ‘mountains and water’. This type of painting is also tied to Daoism and its’ emphasis on harmony with the natural world. Mountains are seen as reaching up to heaven and therefore good for the soul to look upon.

The techniques used by Chinese painters is closely tied to the art of calligraph. The brush strokes are the same in both art forms. Colours are often subdued, restrained and subtle. Ink is the primary medium and watercolour secondary

Chinese paintings are generally not framed but mounted on silk for use as hanging scroll, handscrolls, book leaves, or fans. Painters and calligraphers were well respected and usually scholars. There are four items which a scholar would have in his studio. Paper, brushes, ink, and an inkstone.

The intensity of the ink colour would depend on the wetness or dryness of the brush and the amount of water used in the ink.

All the items in the artist’s studio were precious: inkstones made of Duan stone, brushes made with deer, goat, wolf, or hare, hand-made lokta paper, and the finest ink cakes. Other items would include wrist rests or supports, seals, seal paste, brush pots, brush stands, and brush washers.

During the 17th century training manuals began to appear. They described a step-by-step approach as to how to paint like a particular artist. They explained the techniques used in illustrating various subjects/objects. The different types of brush strokes were named and explained. 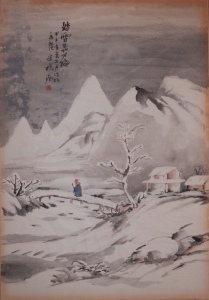 Simplicity. A combining of sublime technique and imagination to produce art that inspires and lifts the spirit. What more could one ask for. 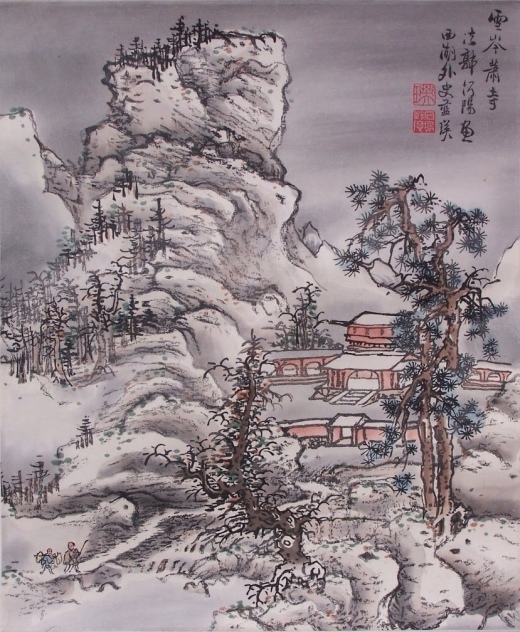