We visit an artist known as a marine artist. #ThomasBushHardy (1842-1897) was born in Sheffiel, England. Amazingly, he was mostly self taught and even so he is regarded as one of the finest marine water-colourist.

The watercolour in my collection has little to do as a marine painting. It is a view of Beaugency in the Loire Valley in France and hence the water in the image is the Loire River. We stand on the river bank and look along the 12th century stone bridge (it has 26 arches) toward the village. We see the tower of the Eglise Norte Dame and the Tower of Caesar, Place Dunois. The four bells of Saint-Fermin bell tower play the Orleans, Beaugency, Norte-Dame de Clery, Vendome. A tune you will be whistling soon after your arrival here. 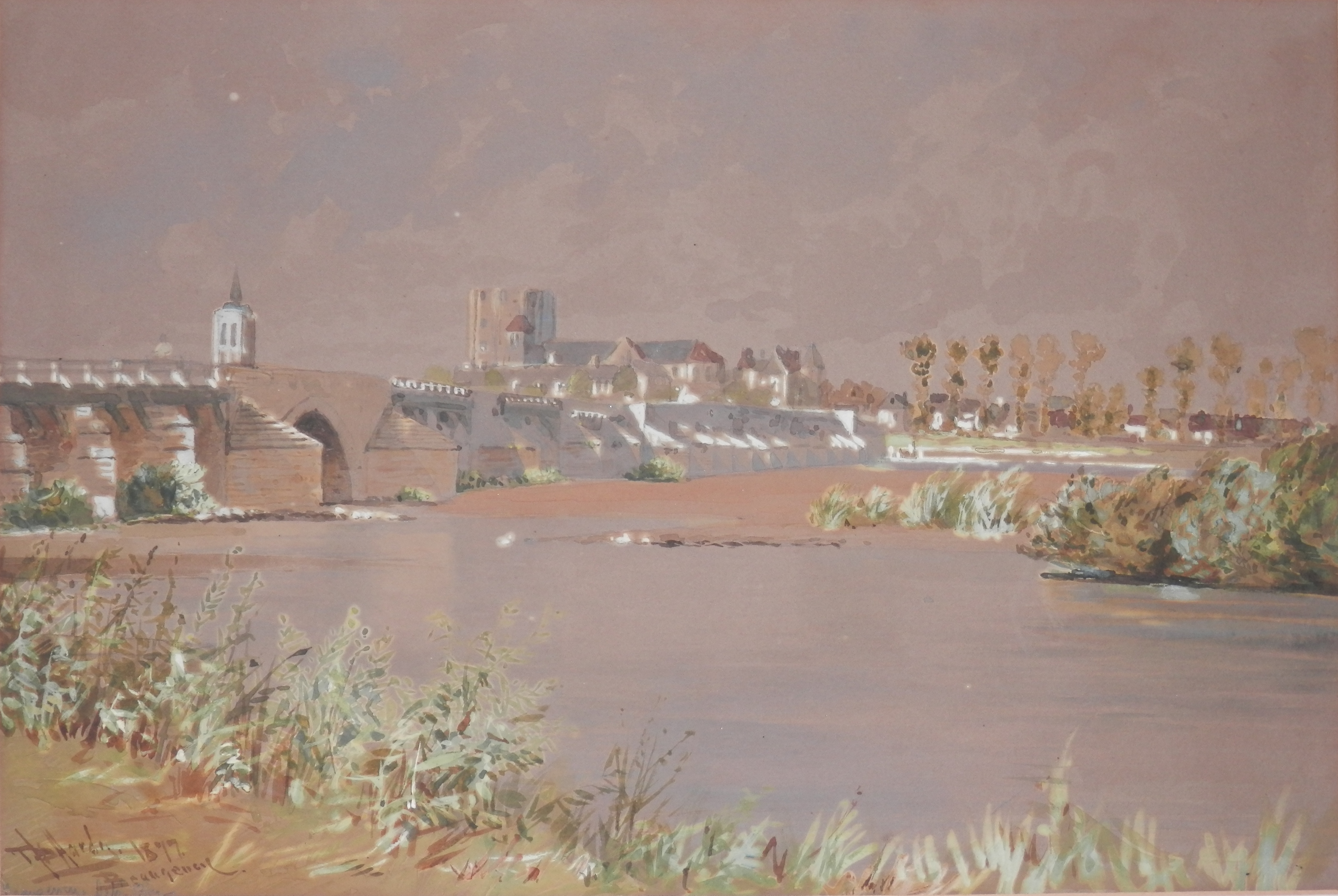 An important place, historically, as it was a main crossing point on the Loire River. Joan of Arc led her French troops in defeating the English here in 1429.

The watercolour is signed, titled, and dated on the lower left and here we will take note of the year in which this was painted. It reads 1897. This might have been the last work which Hardy created since he died in 1897.