It is not often that I acquire works by living artists but this man – one might say – is not an artist per se.  He does not make a living as one imagines an artist to be for he is a graphic artist/designer.  A man whose name is not readily recognised but his work is instantly recognised and I’ll guarantee you that most people in North America and possibly in Europe as well as the world have seen his work without realising it. 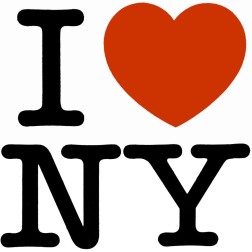 #MiltonGlaser is his name and he is the creator of the original ‘I Love NY’ logo.  It as been copied and imitated all across the world.  He rates as one of the greats in the field of #graphicdesign in the USA and has influenced the field worldwide.  He has worked in the field for over 50 years and continues to arise each morning and go to work.  His work is inventive and  individualistic.   He brought fresh ideas, humour and a new decorative and illustrative approach to the design of record sleeves (Bob Dylan), book covers, posters and magazines(New York ). Over his working life he expanded his vision by becoming a multidisciplinary designer, undertaking exhibition, interior, product, supermarket and restaurant design projects. 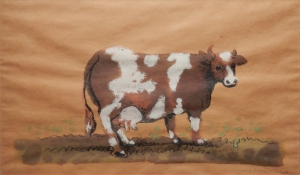 The watercolour I found is titled Cow # 4.  It is signed on the lower right and has the company label on the back. 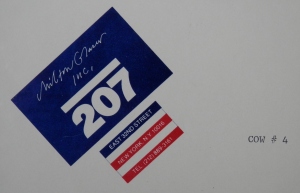 There was a cow  design which was done for Olivetti in 1984 but have not been able to confirm that this was part of that design process.  It may have been an individual piece done on a whim although it’s title belies this idea. Even so it has something about it that says talent.  It has an ease and adeptness of technique.  A variety of colour and line which is expressed in quick deft strokes.  A piece of art from a unique man who will be remembered as a leading light in his field of graphic design and deservedly so.