Today, we visit with an artist best known for his etchings although he was an accomplished water-colourist also (few of his watercolours remain). #AlbanyEHowarth was born in Durham in 1872. His artistic flair was seen early on in life. His early career path was as a draftsman – working for a company in Newcastle-upon-Tyne designing ships, locomotives, automobiles, and aircraft. This ‘too mechanical’ style of working restricted his own artistic talents. His career as a draftsman was short lived – 4 years only. Howarth moved on to illustrating for various newspapers and magazines. This work also allowed him to learn about different printing techniques and their benefits as well as their limitations and drawbacks. This was immensely helpful early in his own artistic career when he self published his works and later in commercial publication of his pieces. 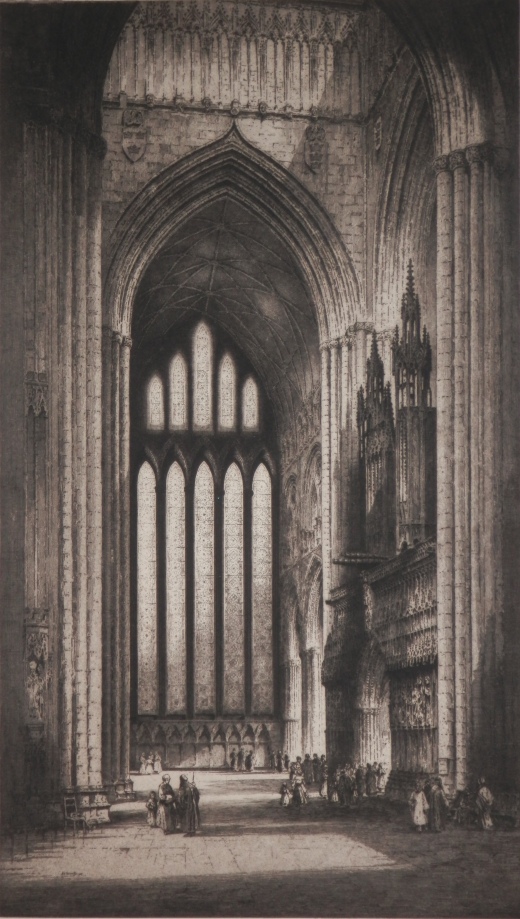 As with many engravers of his time, he took advice from master printer Frederick Goulding. His series of etchings of Oxford (1909) and Cambridge (1910) are some of his best known works. Howard has exhibited at the Royal Society of Painters, Etchers and Engravers until 1923 and showed with a number of galleries as well as the Royal Academy. Howarth’s work was extremely popular and most of his works up to 1912 sold to collectors and were only obtainable if they came up for resale at auction. During his artistic career , Howarth worked with several printers/publishers. They would purchase the finished plate from him and produce a limited set of prints – after which the plate would be destroyed. Howarth died in 1936 at the young age of 64.

The etching shown is titled ‘Five Sisters of York’. It was executed in 1915 and shows the stained glass windows of York Cathedral, the organ facade, and entrance into the choir. It is a very large engraving. The plate mark for this etching measures 33 1/4″ by 18 1/4″ (845mm x 465mm). A monumental artwork indeed and one of the largest engravings in my collection.

The ‘Five Sisters of York’ is a legend told of in Dickens’ novel Nicholas Nickleby. This 13th century window is filled with finely painted clear glass set in geometric designs. It was re-dedicated after WWII to all female victims of violence and conflict. 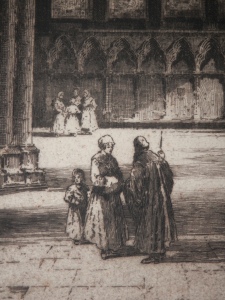 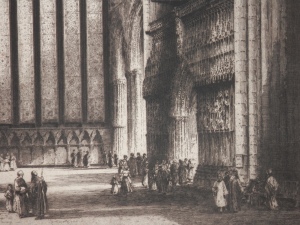