Today, we travel to the beginning of an art form. It was a privilege to add a piece by #IsaacBeckett (1653-1719) to my collection this week. Born in Kent, Beckett was apprenticed to a London based printer. While working there, he met Edward Luttrell who convinced him to learn the new art of mezzotint. Beckett began to work with John Lloyd. Troubles plagued his private life and the partnership was dissolved. Luttrell came to his aid again. At this point his circumstance changed. Beckett wed. His new wife was a woman of means which enabled Beckett to publish his own prints. Beckett collaborated with Luttrell on many pieces. Luttrell being adept at drawing and the execution of heads and portraits started many prints which Beckett would then fine tune before publishing. 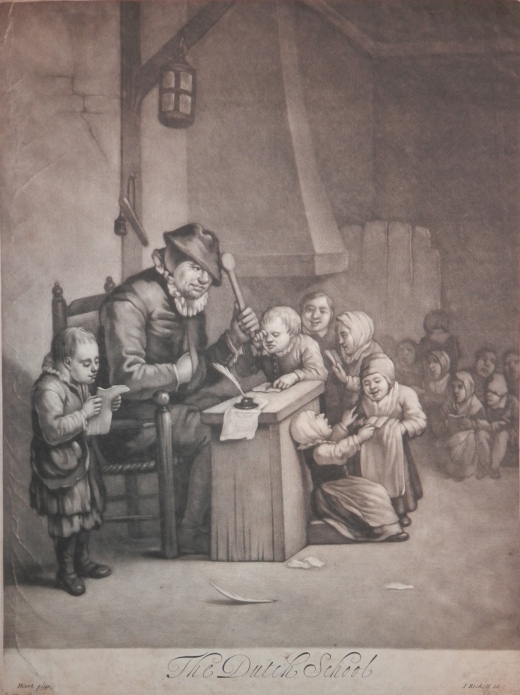 Beckett and an artist by name of Robert Wilson were the first two artists in England who specialised in mezzotint. Beckett was mainly a portraitist although he did engrave biblical and allegorical subjects. All his plates can be dated between 1681 to 1688.

The mezzotint shown bears the title ‘#TheDutchSchool’ and is after artist Egbert van Heemskerck the Elder. Mezzotint became popular due to the fact that great and fine variation in shading could be produced allowing for very subtle details to be brought forth.

From my research there exists at present 2 states of this print. Three copies of the second state and four of the first state are known. All of these previously known prints have been altered making the print in my collection the only unaltered first state. 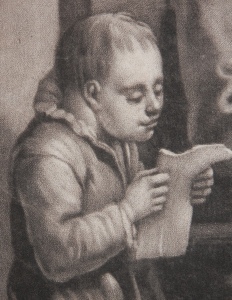 The hand of a master.