Today, I came across a set of four engravings by #ThomasMalton (1748-1804). Designated ‘the younger’ to distinguish him from his father, also Thomas Malton. ‘The younger’ was born in London. His father was a noted architectural draughtsman and author on geometry but due to financial difficulties later in life moved to Dublin where he continued to draw and lecture. ‘The younger’ was also a fine draughtsman. 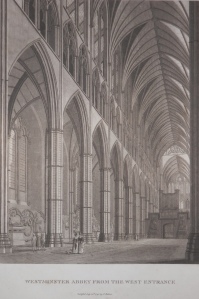 In 1792, he produced his best known work. A set of 100 aquatint plates for a publication entitled ‘A Picturesque Tour through the Cities of London and Westminster.

He followed this with ‘Views from Cambridge‘ and was working on ‘Views from Oxford‘ when he died.

The four images, which I added to my collection come from the London and Westminster publication. The four are images of one of the great places people come to see when visiting London. 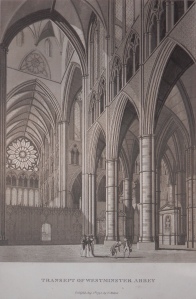 The magnificent #WestminsterAbbey. All the images, I have, are of the interior of the Abbey. Portraying its’ majesty and exquisite design.

Malton was also an innovator as a print maker. He was one of the first artists to avail themselves of the newly developed technique of aquatinting to produce multiple copies. 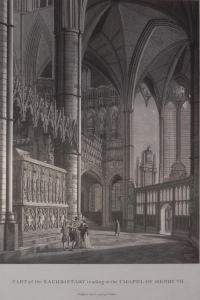 For all his success as an artist, Malton loved to teach. You might actually have heard of a couple of his students, Thomas Girtin and JMW Turner. That’s what you call a legacy.

Meticulously rendered. An homage to one of the great places in Britain.