This weeks focus is English etcher, #JohnConey (1786-1833).  He was born in London and like many an artist his talent was noticed at an early age. 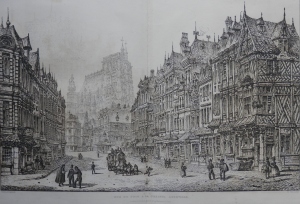 He was apprenticed to an architect to begin with where he honed his art and although this profession was quite a safe route to take Coney did not follow it.  He began to make drawings of the interior of Westminster Abbey and other Gothic buildings which he sold to dealers and private customers at somewhat inadequate prices. 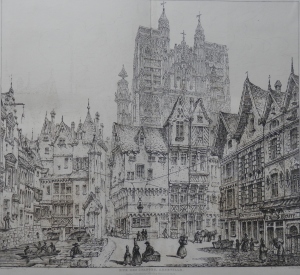 In 1815, Coney published his first works – 8 views of Warwick castle – interior and exterior.  These were noticed by publishers for their excellence and he was soon employed to draw and engrave cathedrals and abbey churches of England.  These works were for William Dugdale’s ‘Monasticon’ and consumed the next fourteen years of Coney’s life.  Coney then set out on a project engraving ancient cathedrals and public buildings in France, Holland, Germany and Italy.  This project was only partially successful and so in 1831 he started a similar project ‘Architectural Beauties of Continental Europe. 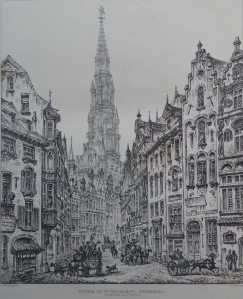 This project consisted of 28 large plates of wonderful edifices in France, the Low Countries, Germany, and Italy along with 56 vignettes.  The five images in this chapter come from the my copy of #BeautiesofContinentalArchitecture published by M. A. Nattali in 1843. 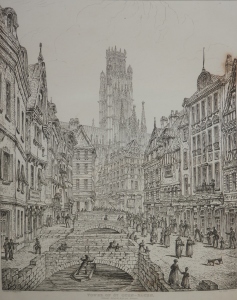 These five plates as well as the others in the publication display Coney’s expert architectural skills and the ease of his imbuing his works with richness and depth.  Finesse and intricate richness are the expressions which give these etchings a beauty to behold and admire. 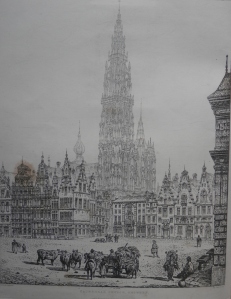