Art from a War Artist

Throughout history there have been writers and artists who have journeyed to the front lines to report on the conflicts.  Artists like William Simpson and Paul Mansard and so many others travelled with the troops to keep the public at home informed.  Now-a-days we have satellite feeds, internet broadcasts, and live TV and radio feeds but in years past reporters used land mail, sea mail, and pigeons to return their stories to their papers. 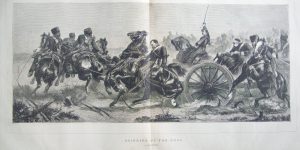 Bringing Up the Guns
by Schreyer
for The Graphic Illustrated 1870 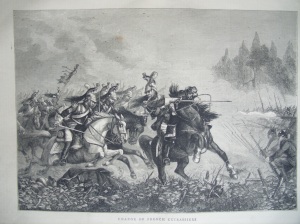 Charge of the French Cuirassiers
for ‘The Graphic Illustrated’ 1870

The strife of war and the images of battle brought home not just by the written word but by image.

The utter  devastation of the conflict brought into the home for all to read and see. 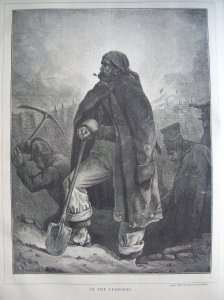 In the Trenches for ‘The Graphic Illustrated’ 1870

But in the end war brings

– even for the winners in some aspects. 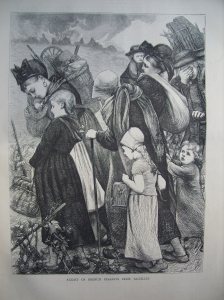 Flight of French Peasants from Bazeilles
for ‘The Graphic Illustrated’ 1870

Memory of those who were displaced or fled from conflict only to suffer in doing so should not be forgotten.

This year we remember the onset of WWI.  Let us not forget the sacrifice of those brave men and women.  For it will be at our own peril.